HOW I FOUND A DANISH ON LONG ISLAND 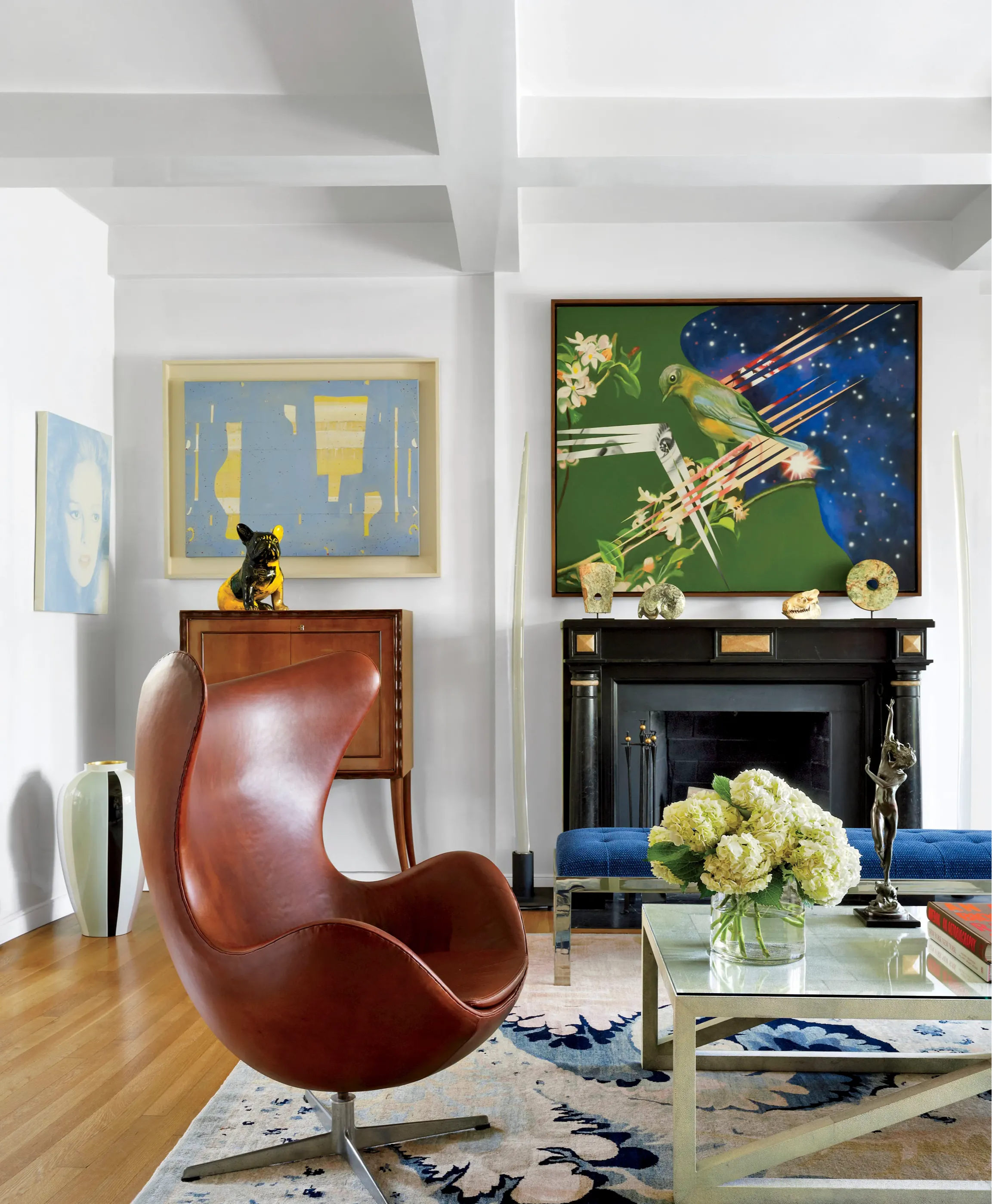 It was the 1960’s and I was given a weekend treat to visit my oh so cool and groovy Uncle Louis on Long Island. What a bachelor pad! White shag carpet, macramé plant holders, a wood and stone wet bar (the best Shirley Temple I ever drank!) a television stereo combo and this crazy looking alabaster chair that took over Louis’s living room. Man, this was a far cry from my folk’s plastic covered colonial American reproduction furniture in our Brooklyn brownstone!  Louis was making some fancy cocktail for one of his girlfriends who was a stewardess for Pan Am. She was smoking something that was sweet and sharp at the same time. Uh-oh!

“The design of every element is equally important from the spoon to the city.”-Ernesto Rogers

Louis was right. It was the sweetest, most relaxing chair I had ever experienced.   “Who made this thing? What do ya call it?”  I asked. Uncle Louis came over; I got up.  He turned the chair over and showed me a stamping that said Fritz Hansen, with a long serial number on the bottom of the chair’s metal base.  “It was made by this Danish dude named Arne Jacobsen a few years back.  It’s called the Egg Chair,” Louis replied.

It was at that moment that I fell in love with everything modern.

Arne Jacobsen, born to Jewish heritage in Copenhagen in 1902, began his career as a bricklayer and mason.  Early on, Arne’s father influenced him to study architecture.  In the early 1920’s, he began his studies at the Danish Academy of Fine Arts. While still a student, he traveled to the Paris Art Deco Fair in Paris where he was struck by the aesthetics of Le Corbusier, and in further travels to Germany, he became deeply influenced by the works of the German American architect Mies Van Der Rohe and Walter Gropius. The Egg Chair. 1958.  An identity of pure form and function itself, it still remains after sixty years a most formidable piece of integrated industrial design and architecture.  So powerful is its magnetism, this ovate chair has appeared in such films as the Beatles Help, Kubrick’s Space Odyssey, Men in Black, and Austin Powers.  Have you been to the freshly designed Terminal 2 at San Francisco International?  You should!  It’s an Egg Chair wonderland. In the early 1930’s, Jacobsen began a long lasting relationship with Fritz Hansen, a Danish furniture design company.  Known as The Republic of Fritz Hansen (essentially the pre-curser for IKEA), Jacobsen began implemented designs as far ranging as silverware and lamps.

In 1943, with Hitler’s Germany creeping further north, Jacobsen fled Denmark for two very long years.  As a Jew, he was marked for exile or worse.  Jacobsen boated himself to Sweden where he eventually found work on the sly.  Because of the lack of building materials during World War II, Arne turned his attention to the designing of fabrics and wallpaper.  This time in his life allowed him to reflect back to his student visits to Paris and Germany and formulate his own modernistic ideals, integrating them with his Nordic love of nature.

When the war ended in 1945, Arne returned to Denmark.  There was a severe housing shortage after the war.  Because Denmark’s economy had suffered so, the Danish government needed a new form of austere, economical and disciplined architectural design and new methods to build housing quickly and cheaply.

First of all, it is the proportions and next comes the texture – that you do not mix the wrong materials together – and out of this, of course, comes the colors, and all together the general impression…the fundamental factor is proportion.” – Arne Jacobson

After completing his degree at the Academy, Arne Jacobsen followed suit, as most young architects did, by designing for private homes. In 1929, he became recognized practically overnight when he won the coveted Danish Architects Association Competition award for his ‘House of the Future.’ Built to full scale, the building was a spiral shaped, flat roof home, made completely of glass and steel. Striking features included roll down style-like car windows, a conveyor tube for the mail, and a kitchen stocked with readymade meals. Pre-Jetsonesque indeed!

Jacobsen was able to accomplish much of the government’s demands for such a monumental project. 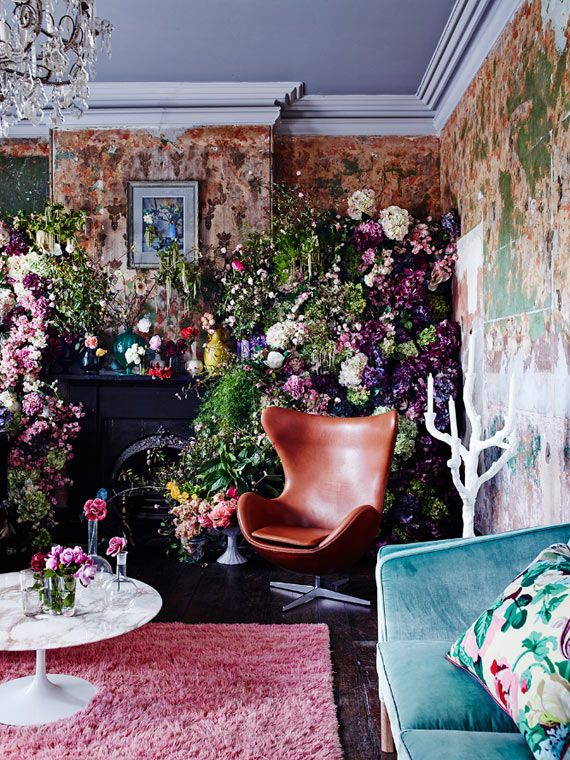 By 1952, being freed from his obligation from the government, Jacobsen began experimenting with designing homes made of different materials.   He employed the use of painted metal work, steel, glass, sandstone, and rubber coatings.   Creating pavilions arranged in a grid system, he began to receive international acclaim for two buildings in particular – The Rodovre Town Hall and the Munkegaard School.

Jacobsen had been observing the growing modern furniture design movement taking place in the United States, especially the work of the married designers Charles and Ray Eames whose bent plywood chairs had caught the public’s eye.  Jacobsen was heavily influenced as well by the Italian architect and historian, Ernesto Rogers.  Using his knowledge of fabric, Jacobsen was quietly working, at first from his home, with seating forms.  How to embrace functionalism with form?  How does one use metals, plastic and steel in a utilitarian but beautiful way?  In the beginning of a project, Jacobsen was often unsure of what direction to take.  Believing that design is a completely intuitive process, he would ask his staff: “How are things behaving today?” 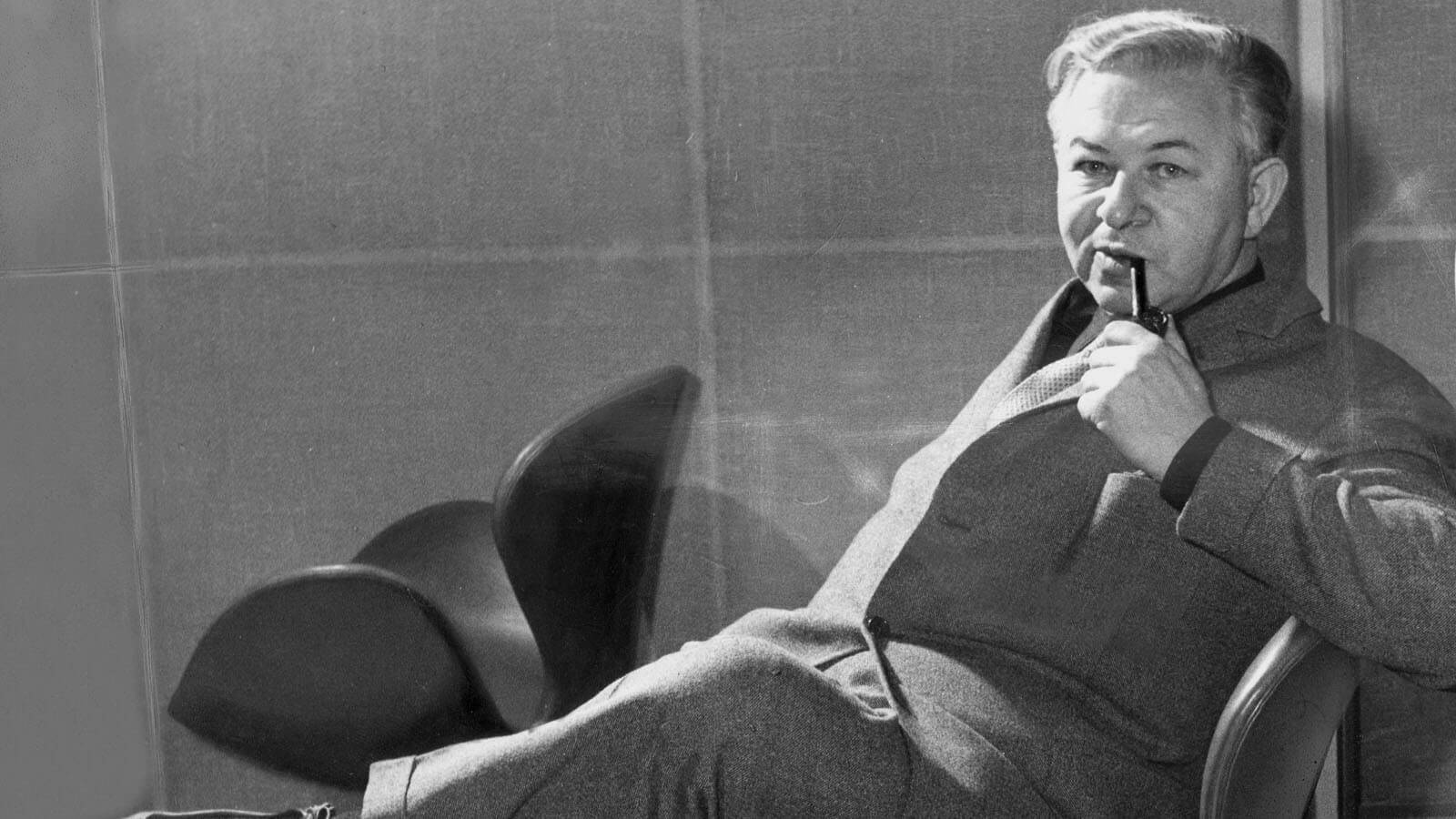 In 1951, conscious of small living spaces, Jacobsen designed a chair molded completely from plywood. An unusual shape for its time, the Ant Chair was the first of a stackable seating style. At the same time, he was tinkering with a low lined simply streamed stool called the Dot Chair.

And now, what you’ve been waiting for – the birth of the Egg Chair!   In 1958, Jacobsen
was commissioned to design every element of the SAS Royal Copenhagen Hotel, including the furniture. He was finally to see his theories of integrated design and architecture set into action. The challenge was to create a chair that would be a sculptural contrast to the hotel’s extremely exclusive horizontal and vertical surfaces.   Conceptually, the Egg Chair stemmed from a new technique that Jacobsen invented. Modeling the chair first in clay, he created an inner form shell of strong foam underneath the upholstery. He originally used stitched cowhides in the experimental stages. They were to be massive pieces suitable for a vast interior such as the Royal Copenhagen. They were to allow for a quiet space in a hurried, post-war world. The Egg became a sensation, exclusive only to the hotel. Those of wealth were able to purchase a special, limited quantity through The Republic of Fritz Hansen for a staggering $6,000.00 – which translates to over $41,000.00 in today’s market.

Despite the fact that critics denounced his work as frivolous, and that Jacobsen broke not only integrated design rules but abandoned classic architectural principles, “I am not a sociologist. I’m an only an architect,” Arne responded to his attackers.

Today, the Egg Chair, some six decades later, is in its renaissance.  It remains a pet favorite of the ever-increasing demand for the post-modern style.  In the past few years, Restoration Hardware has reproduced The Egg Chair, naming it The Copenhagen.  Myriads of internet sites have created their own knock-offs as well.  Why?  The Egg Chair offers not only a sumptuous level of comfort, but a space of reserved quiet, be it your own personal dwelling or at a McDonalds.  A moment of peace.  It has a functionality that includes a tilting mechanism and a 360-degree base.

Arne Jacobsen, who passed away in 1971, would surely be in awe to see how his work still influences the 21st century.  Today the likes of Jony Ive and Marc Newson—two of the most outstanding industrial designers of our time—carry forward Jacobsen’s ideals of form and function.  In late 2014, Fritz Hansen, after 56 years, is for the first time bringing Arne’s Drop Chair to it’s production line. The Drop was originally produced in company with the Swan and Egg chairs made exclusively for the SAS Royal Copenhagen Hotel.  This will be the first time the Drop is available for public purchase.  And the mid-century beat goes on. Millennial are flocking to antique and consignment shops in search of anything by Jacobsen. With lifestyles much more mobile and transient, youngers are eschewing period French and English styles for more visually exciting and ergonomically customized pieces.

As for Louis, my swingin’ uncle, he has long passed.  I sorely miss him.  He taught me well how to observe life and its objects – how to find and respect form, function and perspective in all its domains.  I sure wish I knew where his Egg Chair went! ∎